KLAYMAN: THE 29% WHO THINK BIDEN SHOULD RUN AGAIN MUST BE EVEN MORE BRAINDEAD THAN HE IS!
Order "It Takes a Counter-Revolution!" at Amazon.com
Donate and Support Freedom Watch at www.FreedomWatchUSA.org 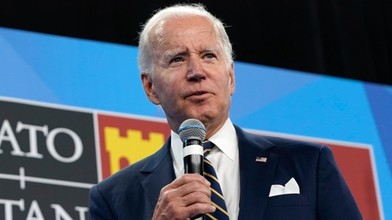 71 percent don't want Biden to run for reelection: poll
The Hill
July 2, 2022
Seven in 10 Americans say they do not want President Biden to run for a second term, according to a new poll that comes as Biden's approval numbers remain low and his party braces for losses this November.

A Harvard CAPS—Harris Poll survey shared exclusively with The Hill found that 71 percent of respondents polled do not think Biden should run for a second term, compared to 29 percent who say he should run.