KLAYMAN: "WICKED WITCH HILLARY" NOW INCITING VIOLENCE AGAINST JUSTICE CLARENCE THOMAS: AREN'T THE 80 PLUS WITNESSES AND OTHERS WHO MYSTERIOUSLY DIED OR WERE KILLED DURING THE CLINTON ADMINISTRATION ENOUGH FOR YOU HILLARY?
Order "It Takes a Counter-Revolution!" at Amazon.com
Donate and Support Freedom Watch at www.FreedomWatchUSA.org 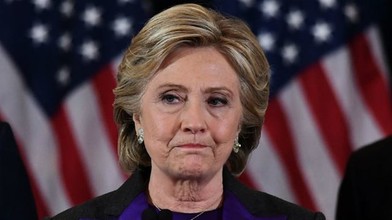 "I went to law school with him. He's been a person of grievance for as long as I have known him," Clinton said in an interview with Gayle King during an appearance on "CBS This Morning." "Resentment, grievance, anger ... women are going to die, Gayle. Women will die."