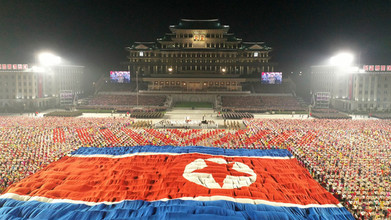 By Mitch Shin
Fox News
June 26, 2022
SEOUL, South Korea — Ever since President Biden took office, North Korea has been escalating tensions on the Korean Peninsula by testing its ballistic missile programs including its intercontinental ballistic missiles (ICBMs). Experts in the region believe the Biden policy is failing and needs recalibrating, or risk yet another foreign policy headache.

Since the beginning of this year, North Korea has repeatedly tested its missile programs and has already conducted the 19th round of missile testing on its various ballistic missile weapons. Following the unprecedented rounds of the North's missile testing, Washington and outside experts have accused the regime of completing all the preparatory steps for its seventh nuclear test.