KLAYMAN: TRUMP WAS NEVER PRO-LIFE OR TRULY CONSERVATIVE: HE JUST PLAYED THE GAME TO BUILD HIS BASE AND WIN IN 2016!
Order "It Takes a Counter-Revolution!" at Amazon.com
Donate and Support Freedom Watch at www.FreedomWatchUSA.org 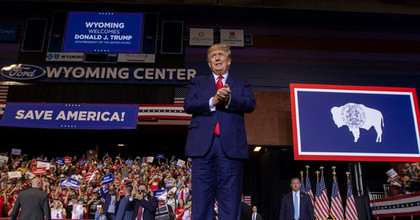 Devastated Democrats, facing staggering political challenges amid high inflation and President Biden's low approval ratings, hoped the decision might reinvigorate disaffected base voters. They also saw the moment as a fresh chance to hold on to the moderate, suburban swing voters who have helped them win recent elections.