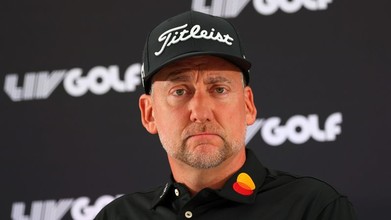 The first event for the Saudi-backed breakaway series took place at the Centurion Club just north of London from June 9 to 11.

The DP World Tour said the golfers who breached the Tour's regulations have been fined £100,000 and suspended from participating in the Scottish Open, Barbasol Championship and the Barracuda Championships.