KLAYMAN: FOR ONCE THE LEFTIST JUSTICES ARE RIGHT!
Order "It Takes a Counter-Revolution!" at Amazon.com
Donate and Support Freedom Watch at www.FreedomWatchUSA.org 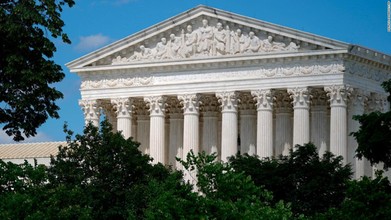 Supreme Court limits ability to enforce Miranda rights
By Tierney Sneed and Ariane de Vogue
CNN
June 24, 2022
(CNN)The Supreme Court limited the ability to enforce Miranda rights in a ruling Thursday that said that suspects who are not warned about their right to remain silent cannot sue a police officer for damages under federal civil rights law even if the evidence was ultimately used against them in their criminal trial.

The court's ruling will cut back on an individual's protections against self-incrimination by barring the potential to obtain damages. It also means that the failure to administer the warning will not expose a law enforcement officer to potential damages in a civil lawsuit. It will not impact, however, the exclusion of such evidence at a criminal trial.

The court clarified that while the Miranda warning protects a constitutional right, the warning itself is not a right that would trigger the ability to bring a civil lawsuit.