KLAYMAN: REPUBLICAN ESTABLISHMENT JOHN KASICH IS THE REAL EMBARRASSMENT!
Order "It Takes a Counter-Revolution!" at Amazon.com
Donate and Support Freedom Watch at www.FreedomWatchUSA.org 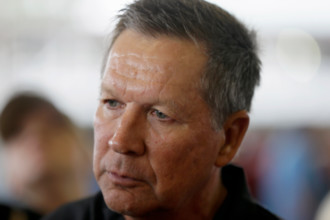 Kasich says 'even clowns were embarrassed' by Texas GOP convention
The Hill
June 23, 2022
Former Ohio Gov. John Kasich (R) on Monday bashed the Texas Republican Party's proposed platform, part of which claims that President Biden was not legitimately elected president and that homosexuality is an "abnormal" lifestyle.

"What happened in Texas was a clown show, and I think even clowns were embarrassed by what they saw down there," Kasich told CNN's Wolf Blitzer.

The former Republican presidential candidate, who supported Biden in 2020, said that when people who are interested in "common sense in politics" leave the political field, the "crazies" take control.