MIKE PENCE SAYS NO PRESIDENT IN HIS LIFETIME HAS LIED AS OFTEN AS JOE BIDEN. UM...
Order "It Takes a Counter-Revolution!" at Amazon.com
Donate and Support Freedom Watch at www.FreedomWatchUSA.org 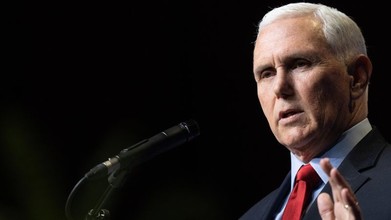 Kudlow: "Have you ever seen a president who refuses to accept blame, and I want to add to that, commits so many falsehoods? I'm being very polite here, calling it falsehoods — falsehoods, you know, on any given day. He's out there saying stuff that just ain't true. Have you ever seen anything like that?"

Pence: "Never in my lifetime. I said today that there has never been a time in my life where a president was more disconnected from the American people than we see today."