KLAYMAN: WE ALL KNEW THAT HANNITY IS NOT INTELLIGENT AND A CYNICAL DISHONEST OPPORTUNIST: THIS PROVES IT MANY TIMES OVER!
Order "It Takes a Counter-Revolution!" at Amazon.com
Donate and Support Freedom Watch at www.FreedomWatchUSA.org 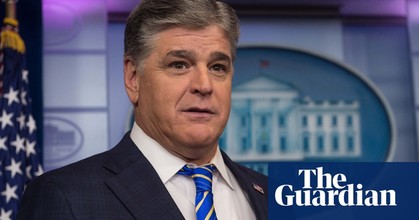 Fox News' Sean Hannity pitched Trump on Hunter Biden pardon -- report
By Martin Pengelly
the Guardian
June 14, 2022
The Fox News host Sean Hannity tried to sell Donald Trump on a novel way to heal the wounds of his presidency and the deadly Capitol attack: a pardon for Hunter Biden.

The bizarre idea was referred to in texts released by the House January 6 committee, which on Thursday held its first primetime televised hearing.

In one message, Hannity told Kayleigh McEnany, then White House press secretary, Trump "was intrigued by the pardon idea!! (Hunter)."