KLAYMAN: ARAB MONEY ALREADY PERMEATES PRO GOLF: THE SAUDI FINANCED LIV TOUR IS NOT AN EXCEPTION! THE PGA WILL LOSE HOWEVER EVIL THE SAUDIS ARE
Order "It Takes a Counter-Revolution!" at Amazon.com
Donate and Support Freedom Watch at www.FreedomWatchUSA.org 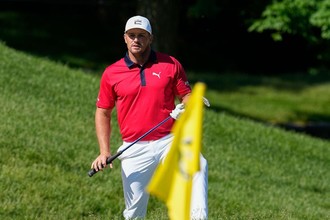 Sources: PGA Tour to punish players competing in Saudi-backed LIV tournament
New York Post
June 9, 2022
Multiple sources have told The Post that the PGA Tour will reaffirm its hardline stance against the Saudi-backed LIV Golf Invitational Series and announce disciplinary action on Thursday morning for the PGA players who will be competing in the LIV tournament in London this week. That action would likely include suspensions, though the severity of the punishments could vary on a case-by-case basis.

The sources spoke on the condition of anonymity as they are not authorized to speak on the PGA Tour's behalf.

Whether the sport's other governing bodies, such as Augusta National, which runs the Masters, the PGA of America, which runs the PGA Championship, or the R&A, which oversees the British Open, will fall in step with the PGA Tour remains to be seen. With Bryson DeChambeau and Patrick Reed among the latest players to defect, the belief, according to the sources, is the PGA Tour has turned to golf's other organizations for support as a way to prevent more players from ditching the tour.