KLAYMAN: NOT UNEXPECTED FROM HOLLYWOOD LEFT: "A WOMAN'S RIGHT TO LIE & ABUSE MEN!"
Order "It Takes a Counter-Revolution!" at Amazon.com
Donate and Support Freedom Watch at www.FreedomWatchUSA.org 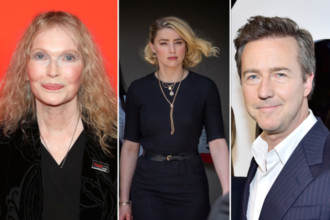 Amber Heard support grows slowly in Hollywood after Depp trial verdict
By Molly Mulshine
Newsweek
June 6, 2022
Now that a verdict has been reached in Johnny Depp's defamation suit against Amber Heard, some celebrities are coming out of the woodwork to show support for Heard.

The six-week trial gripped the world as it was broadcast live whenever court was in session.

Depp sued ex-wife Heard for $50 million over three lines in a 2018 op-ed published in the Washington Post that she co-authored with the American Civil Liberties Union (ACLU). Heard countersued for $100 million over statements Depp and his camp had made about her.