KLAYMAN: MARXIAN SOROS-BACKED AND EQUALLY SELF-HATING LEFTIST JEW ADAM SCHIFF SHOULD BE HAPPY THE BIDEN DOJ "GESTAPO" PREDICTABLY DOES NOT INDICT HIM AND HIS FELLOW LEFTIST CONGRESSMEN!
Order "It Takes a Counter-Revolution!" at Amazon.com
Donate and Support Freedom Watch at www.FreedomWatchUSA.org 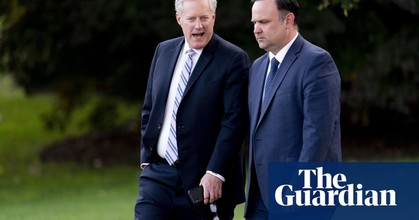 Schiff said on CBS's Face the Nation that he couldn't see why the federal justice department would treat Donald Trump's former chief of staff Mark Meadows and communications coordinator Dan Scavino differently than it did ex-aides Peter Navarro and Steve Bannon.

Justice department prosecutors last week charged Navarro with contempt of Congress for refusing to appear at a deposition and produce documents as demanded by the select committee, and in November they did the same to Bannon.