KLAYMAN: ANOTHER EXAMPLE HOW DEMS AND REPUBS PROTECT THEIR SO CALLED ELITE BUT WILL SACRIFICE LESSER PERSONS!
Order "It Takes a Counter-Revolution!" at Amazon.com
Donate and Support Freedom Watch at www.FreedomWatchUSA.org 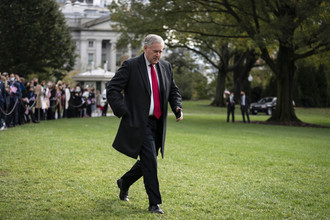 Matthew Graves, the U.S. Attorney for Washington D.C., delivered the news to House Counsel Douglas Letter earlier Friday, according to a person familiar with the correspondence.