KLAYMAN: TIGER WOODS SHOULD NOT QUIT: THIS HACK SPORTS WRITER SHOULD!
Order "It Takes a Counter-Revolution!" at Amazon.com
Donate and Support Freedom Watch at www.FreedomWatchUSA.org 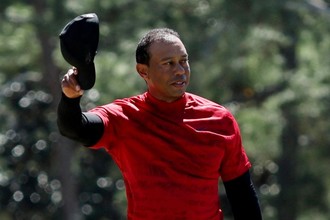 Why it's time for Tiger Woods to say 'goodbye' to golf
New York Post
June 4, 2022
the question shouldn't be whether Woods should risk playing the US Open — it's whether he should ever play again.

It's now nearly 16 months since Woods was involved in a single-car accident in Rancho Palos, Calif., a crash that resulted in injuries so serious surgeons reportedly considered amputating his right leg.

Remarkably, though, Woods returned to action at the Masters in April, and while he made the halfway cut, his weekend rounds of two 78s were his worst in over 25 years of playing a tournament he's won five times. Woods was seriously injured in an early-morning car crash in February 2021 in Southern California. Woods suffered multiple bone fractures along with muscle damage and was lucky to have survived the accident. AP