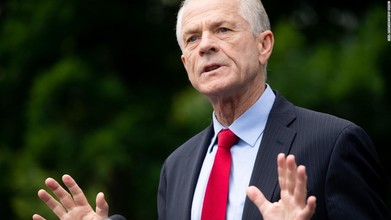 During a court appearance in Washington, DC, on Friday, Navarro said that he still wants to represent himself without a lawyer and accused prosecutors of using "hardball" tactics by arresting him at an airport and not allowing him to make a phone call.

Navarro said he was arrested at a DC-area airport Friday on his way to Nashville.