KLAYMAN: COVER-UP: NUMBER ONE SUSPECT FOR SCOTUS LEAK SHOULD BE CHIEF JUSTICE JOHN ROBERTS - A TWO FACED "CLOSET LEFTIST!"
Order "It Takes a Counter-Revolution!" at Amazon.com
Donate and Support Freedom Watch at www.FreedomWatchUSA.org 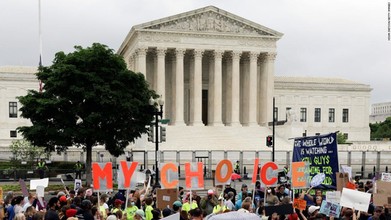 Supreme Court leak investigation heats up as clerks are asked for phone records in unprecedented move
By Joan Biskupic, CNN legal analyst & Supreme Court biographer
CNN
May 31, 2022
(CNN)Supreme Court officials are escalating their search for the source of the leaked draft opinion that would overturn Roe v. Wade, taking steps to require law clerks to provide cell phone records and sign affidavits, three sources with knowledge of the efforts have told CNN.

Some clerks are apparently so alarmed over the moves, particularly the sudden requests for private cell data, that they have begun exploring whether to hire outside counsel.

The court's moves are unprecedented and the most striking development to date in the investigation into who might have provided Politico with the draft opinion it published on May 2. The probe has intensified the already high tensions at the Supreme Court, where the conservative majority is poised to roll back a half-century of abortion rights and privacy protections.