KLAYMAN: IT'S NOT JUST BLACKS! BIDEN WHITE HOUSE HAS COLLAPSED AND US HAS NO LEADERSHIP!
Order "It Takes a Counter-Revolution!" at Amazon.com
Donate and Support Freedom Watch at www.FreedomWatchUSA.org 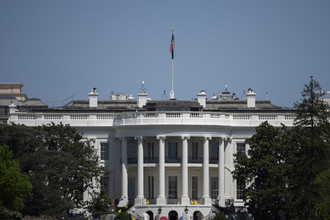 Biden sees exodus of Black staffers and some frustration among those who remain
By Daniel Lippman
POLITICO
May 31, 2022
At least 21 Black staffers have left the White House since late last year or are planning to leave soon. Some of those who remain say it's no wonder why: They describe a work environment with little support from their superiors and fewer chances for promotion.

The departures have been so pronounced that, according to one current and one former White House official, some Black aides have adopted a term for them: "Blaxit."