KLAYMAN: THANKS TO BIDEN THE MORALE OF THE U.S. MILITARY HAS ALSO TANKED!
Order "It Takes a Counter-Revolution!" at Amazon.com
Donate and Support Freedom Watch at www.FreedomWatchUSA.org 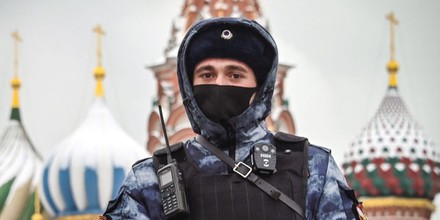 The 115 national guardsmen were part of the Rosgvardia, a force separate from the military that is often used by the Kremlin as an internal security force against terrorism and to quash dissent, The Guardian reported.

The dismissal of the 115 guardsmen surfaced on May 25 after a Russian military court rejected their lawsuit to challenge their termination. In a decision posted online last week, the judge ruled the soldiers had been rightfully fired.