KLAYMAN: TRUMP IS RIGHT!
Order "It Takes a Counter-Revolution!" at Amazon.com
Donate and Support Freedom Watch at www.FreedomWatchUSA.org 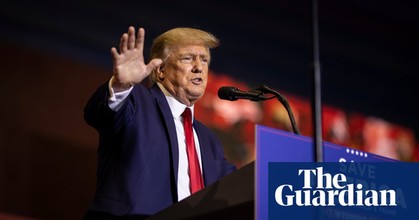 Trump calls Capitol attack an 'insurrection hoax' as public hearings set to begin
By Joanna Walters
the Guardian
May 30, 2022
As the House committee investigating the attack on the US Capitol by extremist supporters of Donald Trump prepares to start public hearings next week, the former president called the insurrection on January 6, 2021, a hoax.

Trump spoke at a rally in Wyoming on Saturday night in support of the Republican primary challenger in the midterm elections to congresswoman Liz Cheney. Cheney sits on the committee and has been vilified by Trump since she voted in favor of his historic second impeachment over the insurrection.