KLAYMAN: IT'S NOT JUST AN EVIL SHOOTER BUT GOVERNMENT INCOMPETENCE THAT GAVE RISE TO THE EXTENT OF THIS HORRIFIC TRAGEDY
Order "It Takes a Counter-Revolution!" at Amazon.com
Donate and Support Freedom Watch at www.FreedomWatchUSA.org 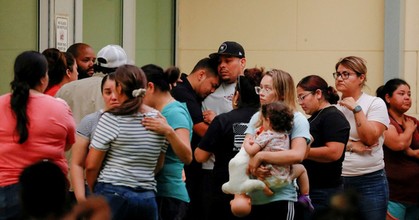 Gunman Kills at Least 19 Children and Two Teachers at Texas Elementary School
By Intelligencer Staff
Intelligencer
May 25, 2022
A gunman killed at least 19 children and two teachers and injured 17 others at a Texas elementary school in the deadliest such attack since Sandy Hook almost a decade ago. The rampage plunged the country into grief and outrage as Americans struggled to comprehend the latest in an unending series of mass shootings. Below, the latest on this developing story.