KLAYMAN: PREDICTABLE AS USUAL AS COMPROMISED AND CORRUPT FEDERAL JUDGES CONTINUE TO PROTECT THE CLINTONS!
Order "It Takes a Counter-Revolution!" at Amazon.com
Donate and Support Freedom Watch at www.FreedomWatchUSA.org 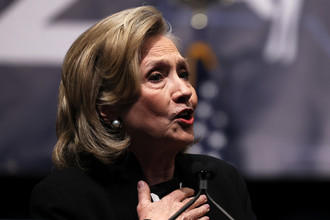 The ruling spares the Clinton campaign and the Democratic National Committee the potential embarrassment of a federal judge finding they were part of a coordinated effort to level since-discredited allegations that candidate Donald Trump or his allies maintained a data link from Trump Tower to Russia's Alfa Bank. The Clinton campaign disseminated that claim amid a broader effort to call out Trump's ties to Russia at a time when U.S. intelligence agencies had revealed efforts by the Russian government to interfere in the 2016 election.