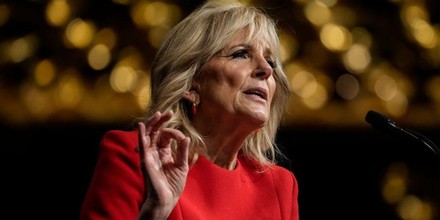 Sales of Jill Biden biography are embarrassingly low, Twitter users react: 'Her husband is the most popular president in American history'
TheBlaze
April 30, 2022
A new book about first lady Jill Biden had embarrassingly low sales in its debut week. Online commentators noted that perhaps the first family is not as popular as many were led to believe.

On Friday, Politico published an article kvetching about how the White House press briefings have "become a bore" because Donald Trump is no longer in the Oval Office.

"Jen [Psaki] is very good at her job, which is unfortunate," a White House correspondent told Politico. "And the work is a lot less rewarding, because you're no longer saving democracy from Sean Spicer and his Men's Wearhouse suit. Jawing with Jen just makes you look like an a**hole."