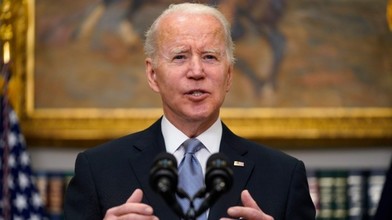 The Hill
April 23, 2022
President Biden's approval numbers remain stuck at near-record lows as he faces a series of setbacks, according to a new poll.

The latest Gallup survey released Friday finds that roughly 41 percent of U.S. adults approve of the job Biden is doing just over a year into office, about the same as previous surveys showing him underwater among the public.

Fifty-six percent of those surveyed in the latest poll disapprove of Biden's job performance as president. That's a near reversal from his approval numbers when he entered office, when 57 percent of adults surveyed said they approved of the way he was handling his job.