KLAYMAN: "BLACK PRIVILEGE" IN ACTION: CLYBURN WON'T BE PROSECUTED BECAUSE TO DO SO WOULD BE "RACIST!"
Order "It Takes a Counter-Revolution!" at Amazon.com
Donate and Support Freedom Watch at www.FreedomWatchUSA.org 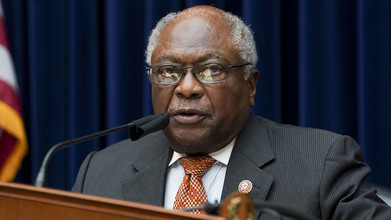 The South Carolina Democrat's campaign expenditures have made their way to five relatives, including two of his daughters, their husbands and a grandson, the records show.

One family member benefiting from his campaign's operations is Jennifer Clyburn Reed, Rep. Clyburn's daughter, who has pocketed $45,000 for a "campaign management fee" between July and December 2020.