KLAYMAN: GUILTY OF WHAT?
Order "It Takes a Counter-Revolution!" at Amazon.com
Donate and Support Freedom Watch at www.FreedomWatchUSA.org 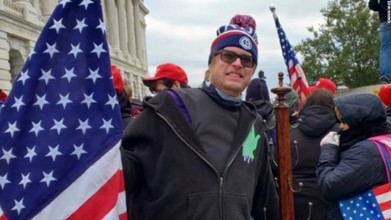 US Capitol rioter who said he believed he was following Trump's orders found guilty
By Holmes Lybrand and Hannah Rabinowitz
CNN
April 15, 2022
(CNN)A January 6 rioter who claimed he was following "presidential orders" when he stormed the US Capitol and stole liquor and a coat rack was convicted Thursday on all charges by a jury in Washington, DC.

Dustin Thompson, a 38-year-old exterminator from Ohio, faced six charges -- obstructing an official proceeding, theft of government property, illegally entering the Capitol, illegally protesting in the Capitol, and two counts of disorderly conduct in the Capitol.