KLAYMAN: JOE AND HUNTER BIDEN'S CONCEPT OF GUN CONTROL! SO MUCH FOR JOE BIDEN'S "GHOST GUN" REGULATION!
Order "It Takes a Counter-Revolution!" at Amazon.com
Donate and Support Freedom Watch at www.FreedomWatchUSA.org 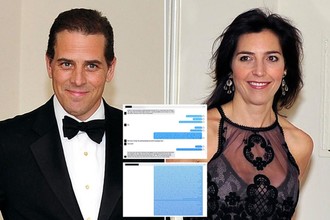 In a lengthy message sent the following year, President Biden's son described the situation in detail, saying his former sister-in-law-turned-lover, Hallie Biden, tossed the firearm into a trash bin outside Janssen's Market, a gourmet grocery store in Wilmington, Del.

"She stole the gun out of my trunk lock box and threw it in a garbage can full to the top at Jansens [sic]. Then told me it was my problem to deal with," Hunter wrote.