KLAYMAN: ANOTHER EXAMPLE OF FEDERAL JUDGES BEING THE "YES MEN" OF THOSE WHO PUT THEM ON THE BENCH AND NOT JUDGES OF THE PEOPLE!
Order "It Takes a Counter-Revolution!" at Amazon.com
Donate and Support Freedom Watch at www.FreedomWatchUSA.org 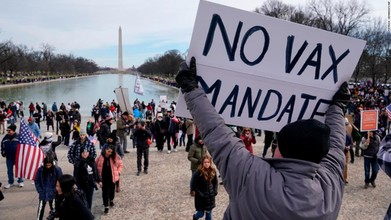 The majority on a three-member panel said that under the Civil Service Reform Act -- which Congress passed in 1978 to streamline the process of settling workplace disputes brought by federal employees -- the lower court did not have jurisdiction to issue the injunction on the mandate.

The opinion was written by Clinton-appointed Judge Carl Stewart, who was joined by Judge James Stewart, another Clinton appointee. Circuit Judge Rhesa Hawkins Barksdale, an appointee of President George W. Bush, wrote a dissent disagreeing with the majority's interpretation of the CSRA.