KLAYMAN: BIDEN AND WESTERN EUROPE HAVE HOLOCAUST BLOOD ON THEIR HANDS: A DISGRACE FOR HUMANITY!
Order "It Takes a Counter-Revolution!" at Amazon.com
Donate and Support Freedom Watch at www.FreedomWatchUSA.org 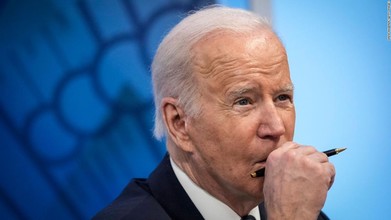 The US and its allies are weighing security guarantees for Ukraine, but they're unlikely to give Kyiv what it wants
By Natasha Bertrand
CNN
April 3, 2022
(CNN)The US and its allies have been weighing how the West could provide Ukraine with alternative security guarantees should it forgo its NATO membership bid as a concession to Russia to end the war, multiple sources familiar with the matter tell CNN.

The discussions, which have included the Ukrainians directly, are in very early phases because it is not clear to US, Western and Ukrainian officials that the Russian negotiations are anything more than a smokescreen.

But it is unlikely, they noted, that the US and its allies will ultimately offer Ukraine the kinds of legally binding protections it is requesting.