KLAYMAN: NO SURPRISE: FEDERAL JUDGE IS AN OBAMA APPOINTEE AND A POLITICAL HACK LIKE THE REST!
Order "It Takes a Counter-Revolution!" at Amazon.com
Donate and Support Freedom Watch at www.FreedomWatchUSA.org 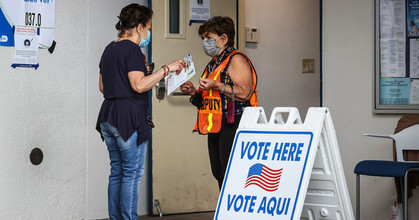 The ruling, which will likely be appealed, is the first major invalidation of a spate of restrictive new election laws passed in Republican-controlled states last year, fueled by voter fraud anxieties and President Donald Trump's stolen election lie.