KLAYMAN: TRUMP'S COMPLAINT AGAINST HILLARY AND CHRISTOPHER STEELE WILL BE DISMISSED AS THE JUDGE DONALD MIDDLEBROOKS IS A CLINTON APPOINTEE AND VERY BIASED POLITICALLY!
Order "It Takes a Counter-Revolution!" at Amazon.com
Donate and Support Freedom Watch at www.FreedomWatchUSA.org 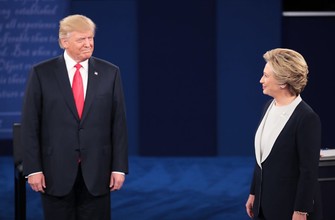 The lawsuit, filed in federal court in Florida, says Clinton and ex-British spy Christopher Steele, along with around 30 others, carried out a plot to "weave a false narrative" that Trump was colluding with Russian actors.

"The actions taken in furtherance of their scheme—falsifying evidence, deceiving law enforcement, and exploiting access to highly-sensitive data sources—are so outrageous, subversive and incendiary that even the events of Watergate pale in comparison," the 108-page suit states.