Klayman: It's Not Just Greg Norman Who Is in Bed With the Evil Saudis and States Who Launder Terrorist Money: European Golf's Race to Dubai Where American Golfers Compete as Well Is Also a Disgrace and an Outrage!
Order "It Takes a Counter-Revolution!" at Amazon.com
Donate and Support Freedom Watch at www.FreedomWatchUSA.org 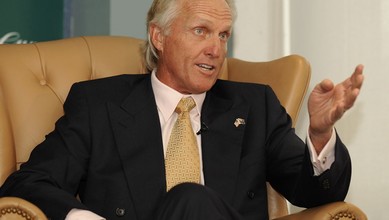 Lynch: Greg Norman's Saudi schedule may finally force shameless golfers from the shadows
Golfweek
March 21, 2022
Let's assume it was out of respect Norman waited three days after Saudi Arabia executed 81 men for such crimes as "deviant beliefs" to unveil a schedule for LIV Golf Invitational, a tournament series financed by that same regime solely for the purpose of sportswashing things like summary mass executions at home and war crimes abroad.

In multiple media interviews—many of which verged on ego-stroking panegyrics—Norman continued to reveal himself to be a craven apologist for abusers.

"I'm not getting into this political dialogue," he told Gary Williams, who was among the few who pushed the great white pilot fish on human rights issues during his 5 Clubs podcast. "I'm staying focused on what I'm doing and growing the game of golf ... I'm not even going to go down that path of trying to get into a political discussion about it."