Klayman: Fox News and Tucker Carlson Are Aiding and Abetting Putin's War Crimes and Impending Holocaust!
Order "It Takes a Counter-Revolution!" at Amazon.com
Donate and Support Freedom Watch at www.FreedomWatchUSA.org 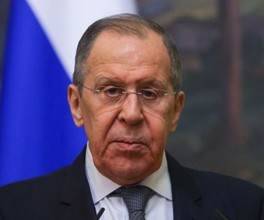 By Eric Mack
Newsmax
March 21, 2022
Russian Foreign Minister Sergey Lavrov is praising Fox News' coverage of its war on Ukraine, hailing it as ''trying to represent some alternative points of view'' and denouncing ''information terrorism.''

''We understood long ago that there is no such thing as an independent Western media,'' Lavrov told RT.com, which is Russian state media television Russia Today, in an in-studio interview Friday, citing U.S. media ''censorship'' and the blocking of former President Donald Trump on social media.