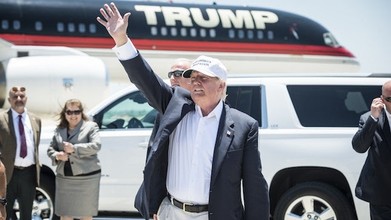 By Sarakshi Rai
TheHill
March 12, 2022
Former President Trump is asking his supporters to help fund his new "Trump Force One" private plane just days after a jet flying him to Mar-a-Lago made an emergency landing when one of its engines failed.

Trump, through his Save America PAC, sent his supporters an email titled "Update Trump Force One" in which he said that "my team is building a BRAND NEW Trump Force One."

He added that the construction of this plane has been under wraps and said "I can't wait to unveil it for everyone to see."