Klayman: As a Duke Alum I Agree With Tyler Hansbrough: Coach K's Record Is Tainted With "One & Done Steroids!"
Order "It Takes a Counter-Revolution!" at Amazon.com
Donate and Support Freedom Watch at www.FreedomWatchUSA.org 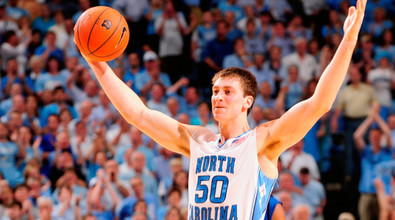 Tyler Hansbrough Said Coach K's Farewell Tour Was Overdone
By Dan Lyons
Sports Illustrated
March 10, 2022
There aren't many more notable Duke antagonists over the last two decades than former North Carolina star Tyler Hansbrough. That continues long after his basketball career came to an end, as he couldn't help but take a shot at Mike Krzyzewski's farewell tour and the pageantry surrounding his final game at Cameron Indoor Stadium, which the Tar Heels spoiled with a 94—81 upset win.

During an ACC Network appearance on Packer and Durham, Hansbrough compared Saturday's game in Durham to a recent episode of HBO's Curb Your Enthusiasm, in which guest star Albert Brooks throws himself a funeral while still alive so he can enjoy everyone's praise.

"The only thing I can really compare it to—and I know I'll take some heat for this—is Larry David, the Larry David show. This season they have a guy that goes to his funeral while he's still alive so people can tell him how good he is," Hansbrough said. "I thought it was one of those situations, I thought it was funny.