Klayman: De Santis and Florida Again at Forefront: Correctly Ban Pushing Homosexuality and Perversion in Schools!
Order "It Takes a Counter-Revolution!" at Amazon.com
Donate and Support Freedom Watch at www.FreedomWatchUSA.org 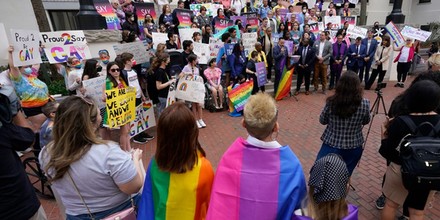 The proposed law, often referred to by critics as the "Don't Say Gay" bill, bans public school districts from teaching about sexual orientation or gender identity in kindergarten through the third grade, or "in a manner that is not age-appropriate or developmentally appropriate for students"—language that critics say could extend the ban to higher grade levels. State Rep. Joe Harding, a Republican who introduced the bill, told TIME in February that the bill's intention is to keep parents "in the know and involved on what's going on" with their child's education, but critics argue the bill is discriminatory, and an attempt by Republican lawmakers to stir political support amid a broader climate of increasing politicization of LGBTQ rights and heightened scrutiny of what children are taught in schools. Advocates warn its passage could be harmful for students' mental health.