Klayman: As a Once Proud Duke Alumnus I Am Disgusted With Coach K Who Stooped to a Low Level With Non-Student One & Done Ringers Who Have Nothing in Common With the Student Body and Have Ruined Duke's Academic Integrity! This Explains Why They Are Losers! Only Their Pro Careers Matter, Not Duke! Sign of the Times!
Order "It Takes a Counter-Revolution!" at Amazon.com
Donate and Support Freedom Watch at www.FreedomWatchUSA.org 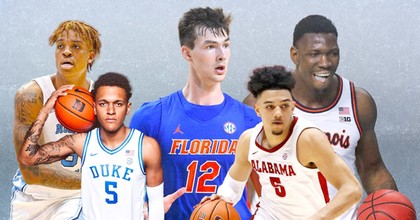 Starting 5: Coach K continues to tarnish legacy, predicting SEC Tournament champion
Saturday Down South
March 9, 2022
Saturday was supposed to be a grand sendoff for Mike Krzyzewski in front of the adoring Cameron Indoor Stadium crowd. It was supposed to be one more win over Duke's heated rivals, North Carolina.

Instead, the Tar Heels dominated the game, cruising to a 94-81 victory. That spoiled the atmosphere, as nearly every important Duke player from Coach K's 42-year tenure was out to support the living legend.

But, as happens all too often after Duke losses, the focus was on a lack of sportsmanship coming from the Blue Devils. This time, it wasn't Coach K, but rather assistant coaches, who were at the center of the controversy.