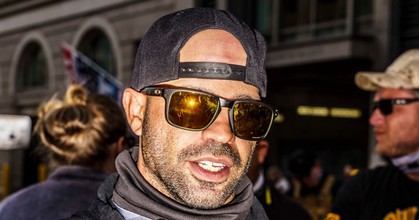 NBC News
March 8, 2022
Henry "Enrique" Tarrio, the former leader of the Proud Boys, a far-right extremist group, was arrested Tuesday in connection to his organization's role in planning the Jan. 6 attack.

While Tarrio, 38, is not accused of physically taking part in the breach of the Capitol, the indictment alleges that "he led the advance planning and remained in contact with other members of the Proud Boys during their breach," according to a statement Tuesday from the Justice Department.

Tarrio was arrested in Miami and is to make his initial court appearance in the Southern District of Florida. He was also named in a superseding indictment returned Monday in the District of Columbia that also includes five previously charged defendants.