Klayman: "With Friends Like These Who Needs Enemies!"
Order "It Takes a Counter-Revolution!" at Amazon.com
Donate and Support Freedom Watch at www.FreedomWatchUSA.org 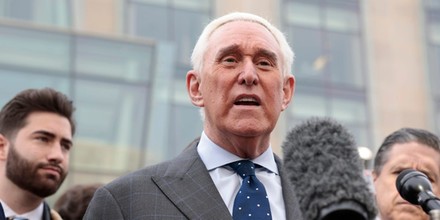 Roger Stone said Trump's presidency was the 'greatest single mistake in American history' in video tapes obtained by WaPo
By Alia Shoaib
Business Insider
March 5, 2022
The Washington Post said it had viewed 20 hours of footage of Stone filmed by Danish filmmakers for an upcoming documentary titled "A Storm Foretold."

Stone was filmed for two years, including on January 6, 2021, as the Capitol riot unfolded.

The footage reveals that Stone was furious with outgoing president Trump for issuing a blanket pardon to protect himself and other Trump allies from prosecution over their attempts to overturn the 2020 election but had ignored his wish-list, It included Michael Sessa and Victor Orena, former members of the Colombo crime family serving life sentences for murder and racketeering convictions in the 1990s, said the Washington Post.