Klayman: Roger Stone Appears to Be No "Friend" of Trump Anymore!
Order "It Takes a Counter-Revolution!" at Amazon.com
Donate and Support Freedom Watch at www.FreedomWatchUSA.org 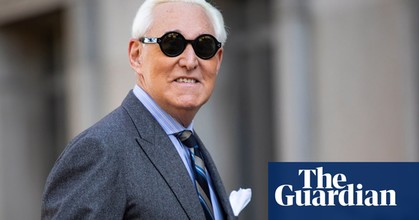 Roger Stone raged at 'disgrace' Trump over failure to overturn election -- report
By Martin Pengelly
the Guardian
March 5, 2022
Close Donald Trump ally Roger Stone raged at the former US president in the aftermath of the failed attempt to overturn the 2020 election, according to a report from the Washington Post, telling a friend that Trump was a "disgrace" who would go to prison and adding: "He betrayed everybody."

The Post said it had viewed 20 hours of footage of the political operative that had been shot for a forthcoming documentary. The footage, it said, showed Stone:

Meeting and corresponding with members of a far-right militia since indicted for seditious conspiracy over the Capitol riot on January 6.