Klayman: "Judge" Mehta Is Among the Number of Establishment Politicized Federal Judges on the DC District Court! Disgraceful and Dangerous for Our Nation!
Order "It Takes a Revolution: Forget the Scandal Industry!" at Amazon.com
Donate and Support Freedom Watch at www.FreedomWatchUSA.org 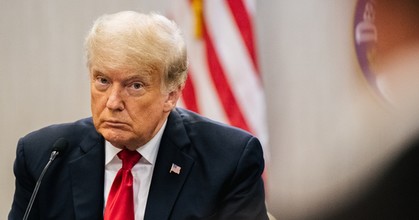 U.S. District Court Judge Amit Mehta questioned lawyers for both sides, but his most probing comments were directed at members of the Trump legal team, and the judge showed no sign that he was prepared to immediately dismiss the suits.

The first lawsuit over the Capitol riot to name the former president, filed 11 months ago by House Democrats, said the attempted insurrection was "the intended and foreseeable culmination of a carefully coordinated campaign to interfere with the legal process required to confirm the tally of votes cast in the Electoral College."