Klayman: Read This Leftist Garbage Supporting Biden - the Most Corrupt, Stupid, and Dangerous "President" in American History!
Order "It Takes a Revolution: Forget the Scandal Industry!" at Amazon.com
Donate and Support Freedom Watch at www.FreedomWatchUSA.org 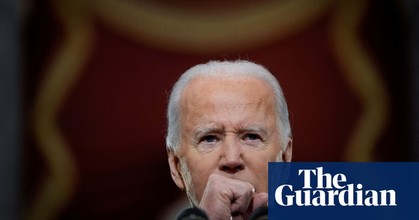 Strategy shift: Biden confronts Trump head on after year of silent treatment
By Lauren Gambino
the Guardian
January 8, 2022
In the first moments of his presidency, Joe Biden called on Americans to set aside their deep divisions inflamed by a predecessor he intentionally ignored. He emphasized national unity and appealed to Americans to come together to "end this uncivil war."

Nearly a year later, as a divided nation reflects on the first anniversary of the 6 January assault on the US Capitol, the uncivil war he sought to extinguish rages on, stronger than ever. In a searing speech on Thursday, Biden struck a different tone.