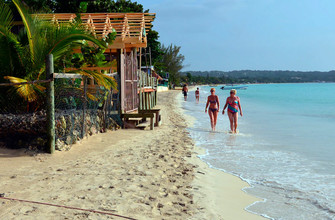 By Jonathan Edwards
Washington Post
January 7, 2022
If Anthony Williams had his way, he'd be in sunny Jamaica later this month, vacationing with his girlfriend and impressing her family.

But Williams, a Michigan man accused of storming the U.S. Capitol a year ago in what he allegedly called the "proudest day of my life," can't travel outside the country without a federal judge's approval. So on Thursday, the anniversary of the Capitol riot, he filed a motion to get it.