Klayman: The Question Is Not Whether CNN "The Communist News Network" Can Falsely Claim an Insurrection but Whether It's Stable of Gay Hosts Can Get an Erection!
Order "It Takes a Revolution: Forget the Scandal Industry!" at Amazon.com
Donate and Support Freedom Watch at www.FreedomWatchUSA.org 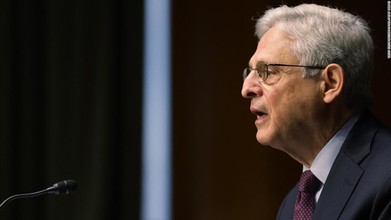 Biggest investigation in FBI history still has Merrick Garland in the hot seat
By Evan Perez and Katelyn Polantz
CNN
January 7, 2022
(CNN)A year after the January 6 insurrection, the Justice Department continues to press forward on the biggest investigation in FBI history, with 700 people already arrested and hundreds more offenders still at large and several more years of prosecutions ahead.

But the expansive investigation has yet to shed light on how vigorously the former President and political allies could be investigated for inciting rioters by spreading a lie that the election was stolen and asking them to march to the Capitol.