Klayman: Ted Cruz Who Was Backed by Hannity, Mark Levin & ACU vs. Trump in the 2016 Repub. Presidential Primary Was Correctly Taken to the Woodshed by Tucker Carlson! Cruz Is a Fraud!
Order "It Takes a Revolution: Forget the Scandal Industry!" at Amazon.com
Donate and Support Freedom Watch at www.FreedomWatchUSA.org 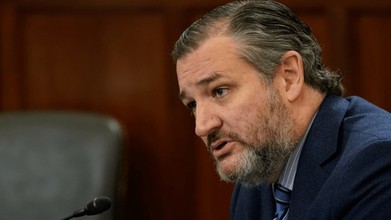 Ted Cruz walks back Jan. 6 'terrorist' remark in heated exchange with Tucker Carlson
By Myah Ward
POLITICO
January 7, 2022
Ted Cruz on Thursday walked back his use of the word "terrorist" when describing the Jan. 6 attack on the Capitol during an intense back and forth with Fox News host Tucker Carlson, who repeatedly questioned the validity of the Republican senator's explanation.

Cruz was lambasted during Carlson's Wednesday night show for describing Jan. 6 as "a violent terrorist attack on the Capitol." During his Thursday night appearance, when Carlson asked him why he used the word "terrorist," Cruz brushed off his previous phrasing as "sloppy" and "frankly dumb."

But Carlson didn't accept that answer, arguing that the attack was not terrorism and questioning Cruz's motivations.