Klayman: Krzyzewski Is an Arrogant Elitist With No Integrity: His B-Ball Teams at My Alma Mater Are a Fraud With One & Done Non-Student Ringers!
Order "It Takes a Revolution: Forget the Scandal Industry!" at Amazon.com
Donate and Support Freedom Watch at www.FreedomWatchUSA.org 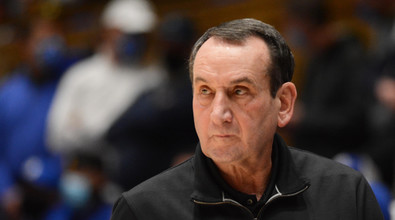 Georgia Tech gave Duke a scare midway through the second half of Tuesday's game. Devoe scored four points of a 6-0 run for the Yellow Jackets to cut Duke's lead to 55—47 with under six minutes left. Krzyzewski elected to call a timeout to settle things down, at which point Devoe pointed at him.

Coach K clearly wasn't amused, and after the game—a 69—57 Duke win—he had some words with Devoe.