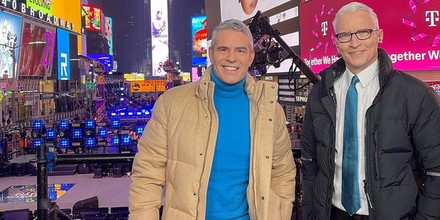 The Bravo star, 53, admittedly had a little too much to drink while ringing in the new year with the network anchor, 54, for the fifth year in a row on CNN's New Year's Eve Live from Times Square in New York City on Friday.

Elsewhere on Friday, CNN announced that Cooper will host a new show called Parental Guidance, which will air on the network's upcoming streaming service CNN+. The program will follow the host as he learns from experts about living life as a working parent to son Wyatt Morgan, 1½, alongside viewers.