Klayman: I Will Seek Indictments of All Members of the Jan. 6 Committee Including Republican Liz Cheney Before Freedom Watch's Citizens Grand Jury!
Order "It Takes a Revolution: Forget the Scandal Industry!" at Amazon.com
Donate and Support Freedom Watch at www.FreedomWatchUSA.org 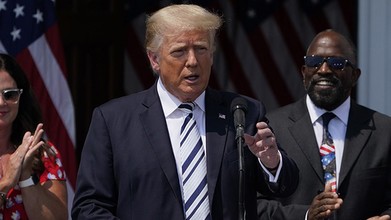 Jan. 6 panel signals interest in whether Trump committed crime
By Harper Neidig and Rebecca Beitsch
TheHill
December 26, 2021
The Jan. 6 Select Committee has signaled it intends to explore potential criminal wrongdoing by former President Trump, marking a significant escalation for the investigation that could put pressure on the Biden administration.

The panel has said it could refer Trump to the Justice Department for prosecution if it finds damning evidence, in what would be seen as an open invitation to Attorney General Merrick Garland to be more aggressive toward the former president than he has been in his tenure thus far.

Rep. Liz Cheney (R-Wyo.), the select committee's vice chair, gave the first indication at a hearing earlier this month that the panel is examining whether Trump committed a crime.