Klayman: Of Course White House Staff Wants Out! They Are Being 'Led' by a "Braindead Man Walking!"
Order "It Takes a Revolution: Forget the Scandal Industry!" at Amazon.com
Donate and Support Freedom Watch at www.FreedomWatchUSA.org 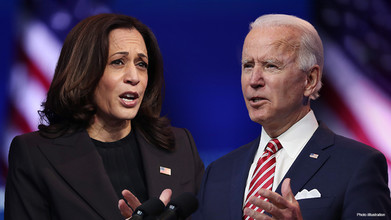 Biden's popularity sinking in the White House as unhappy staffers plan post-holiday exit: report
By Andrew Miller
Fox News
December 24, 2021
Morale among staffers is reportedly low in President Biden's White House as his first year in office comes to a close and polls show his popularity underwater with the majority of Americans.

According to a Politico report late Wednesday, White House staffers are unhappy with their jobs to the point where they anonymously leaked to the online publication in hopes that senior staffers would be alerted to the lack of comradery and overall happiness in the workplace.

"A lot of the natural coordination that happens in a typically functioning White House has been lost, and there has been no proactive effort to make up for it through intentional team building," one White House official said.