Klayman: Princess of Dubai Is Lucky She Wasn't (as yet) Killed by the Sheik Under Sharia Law!
Order "It Takes a Revolution: Forget the Scandal Industry!" at Amazon.com
Donate and Support Freedom Watch at www.FreedomWatchUSA.org 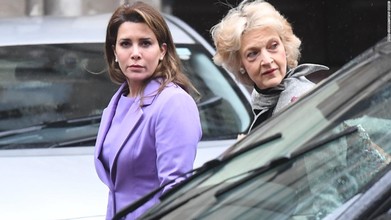 Court orders Dubai ruler to pay ex-wife $728m -- one of the UK's largest ever divorce settlements
By Hannah Ritchie
CNN
December 22, 2021
(CNN)The ruler of Dubai Sheikh Mohammed bin Rashid al-Maktoum has been ordered to pay his ex-wife Princess Haya bint al-Hussein more than $728 million (£500 million), in one of the largest divorce settlements ever handed down by a UK court.

There is no fixed value on the total settlement, as the court ruled that Sheikh Mohammed should pay the annual security costs for his two children, aged nine and 14, for the rest of their lives or until a further court order is issued.