Klayman: More Lies and Cover-Up From "Gov't" on UFOs!
Order "It Takes a Revolution: Forget the Scandal Industry!" at Amazon.com
Donate and Support Freedom Watch at www.FreedomWatchUSA.org 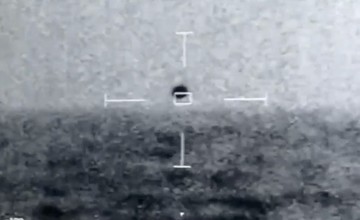 Will we soon rewrite textbooks on our place in the universe?
By Rear Admiral (ret.) Tim Gallaudet, Ph.D., and Avi Loeb, Ph.D., opinion contributors
TheHill
December 21, 2021
Over the last century, we have seen an exponential increase in the understanding of the physical universe. International observatories on Earth and in space have produced magnificent images spanning the full range from the small scale of black holes to the large-scale structure of the entire observable universe. Now, we are in the midst of a discovery of even greater magnitude, but few are even acknowledging it. And incredibly, it is what many regard as the modern icon of quack science — unidentified objects, traditionally labeled UFOs, that may represent technological equipment manufactured by an advanced extraterrestrial civilization.

Almost overnight UFOs have gained acceptance by the government and some in academia as worthy of scientific study. With this shift came a new label from the U.S. military: unidentified aerial phenomena (UAP). Now, they are increasing the target of dedicated research, including Harvard University's Galileo Project in search for extraterrestrial equipment near earth as well as Stanford University's independent research program on unusual materials. They are also the reason behind the establishment of a new office in the Pentagon charged with establishing a science plan to: